**Disclaimer: this article is not intended for persons dealing with eating disorders.**

I’ve struggled with my body image since the age of 10. Whether I’ve actually been overweight or, in the eyes of the world, “skinny,” my self-perception has always been fat…fat…fat.

I think I’ve actually been called “fat” only once. I was about twelve and it stung like nothing had ever stung before. No longer did I look in the mirror and see a regular kid staring back at me; this time I saw lumps, a rounded belly, things I decided I wasn’t supposed to have. Things that were ugly.

I made a decision there and then that the way I looked determined how much I was worth. The higher the number on the scale, the more flesh that pressed against my clothes, the lower my sense of self-worth.

So I went on my first diet.

Since then I’ve probably begun and ended a diet that put me into starvation mode a few hundred times. Sometimes I could last a few weeks if I allowed myself to become obsessed enough; other times I couldn’t make it through more than a couple of days. I thought I was a failure.

I probably gained and lost the same twenty pounds a few dozen times. What a waste of time. No doubt I messed up my metabolic rhythms in the process, not to mention my relationship with myself.

It has taken me many years to realize that denying my body in such a fundamental way is near impossible. It’s no different than if I was attempting to deny myself sleep, which, I have heard, is still used as a form of torture in some countries.

Why do we believe we aren’t good enough unless we look a certain way?

You would think it would be men telling us we need to look perfect, but in my experience it’s women who set the bar so high.

I once sat in in an appointment with a naturopath who I’m sure most people would describe as stunning. A 6ft (ish) blue-eyed blonde with glowing skin and a body to die for (i.e. skinny and toned) my body seemed to slump and grow larger with every minute in her presence. I was there to talk to her about digestive issues, but one of her first questions for me was, “Do you think you could stand to lose fifteen pounds?” She then proceeded to describe a diet that included frequent injections and a daily intake of only 600 calories. I quickly did the math and realized that would give me one sandwich. Minus the mayo.

Needless to say I rejected the diet.

But I left her office feeling unattractive and deflated. The focus should never have been on my size (which at the time was hovering around underweight) and yet she felt the need to bring this up; to try to push me towards looking better.

That person who called me “fat” at age twelve? A female classmate. And when I think about it every discussion about weight and looking better has been with a woman. No matter how large or small I have been, never once has a male friend, lover or family member commented on my weight.

We compare ourselves to each other constantly. Instead of accepting one another and ourselves, we push for something better—for some ideal that doesn’t exist.

I’m not saying I’ve made it when it comes to accepting my body. There are days when I look in the mirror and still see that twelve year old staring back at me with all her lumps and bumps. I go into “beat myself up” mode all over again and contemplate yet another diet.

But I don’t start. Because I know that starving myself won’t make me feel better about myself. Losing that twenty pounds all over again isn’t going to make me a more worthwhile person, or a more attractive person. There’s something about that old story that no longer rings true. I’ve realized I’m worth so much more.

When the insecure twelve year old is staring back at me, I now have the tools to tell her a different story. I can speak softly to her instead of attacking and berating. I can tell her she is not her weight or her dress size. Sometimes it’s hard to believe—I trained myself for years to think a certain way and undoing that damage takes time, but it begins with a willingness to say “I’ve had enough of doing life this way.”

I strongly believe we can use our journals and the practice of expressive writing to help us through just about any situation and to perceive ourselves differently. If you struggle with body image, carve out some quiet time this week when you can write your responses to the following prompts:

1. Take out a photo of yourself that you don’t like because you think you look overweight. Write about who you see in this photo.

How does she feel?
How do you feel looking at her?
If the woman in the picture looked thinner, in what way would her life be better?

2. Look in a full length mirror and pick out five things you love about your reflection and why.

3. Write a dialogue with your body, laying it all out there about how you feel and allowing your body to respond. This may feel strange but it is very effective. Imagine your body as a character with feelings—what does it want to say to you about the way you’ve spoken to it all these years?

4. Write down three things your body does for you (or has done for you in the past) that you love. E.g. enables you to run, birthed a child, enables you to be intimate with a partner and feel good, allows you to enjoy the pleasure of food.

I’ll end with one of my favourite quotes on body image from Elizabeth Gilbert:

“Let me ask you something, in all the years that you have…undressed in front of a gentleman has he ever asked you to leave? Has he ever walked out and left? No? It’s because he doesn’t care! He’s in a room with a naked girl, he just won the lottery. I am so tired of saying no, waking up in the morning and recalling every single thing I ate the day before, counting every calorie I consumed so I know just how much self loathing to take into the shower. I’m going for it. I have no interest in being obese, I’m just through with the guilt. So this is what I’m going to do, I’m going to finish this pizza, and then we are going to go watch the soccer game, and tomorrow we are going to go on a little date and buy ourselves some bigger jeans.”

Want to reach out? Let’s talk.

Note: this article is generally aimed at women because my experiences around body image issues have only been through my own lens and my conversations with other females. But men (and people who identify as gender less, non binary) also suffer with body image struggles and self-perception challenges. Most of what is discussed in this articles is just as applicable to any gender. I would love to hear from people who don’t identify as female on this issue! 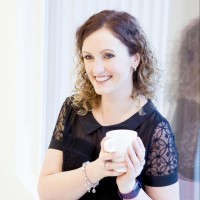 Claire is a Registered Clinical Counsellor and Writer in South Surrey, BC. She works with individuals and couples from an attachment-based and trauma-informed perspective. 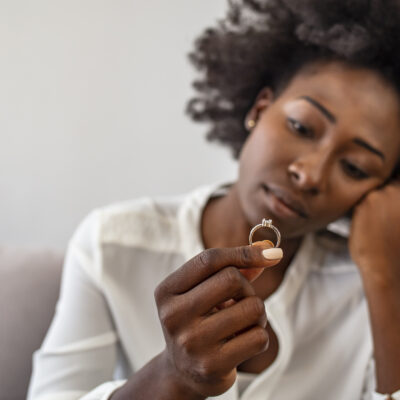 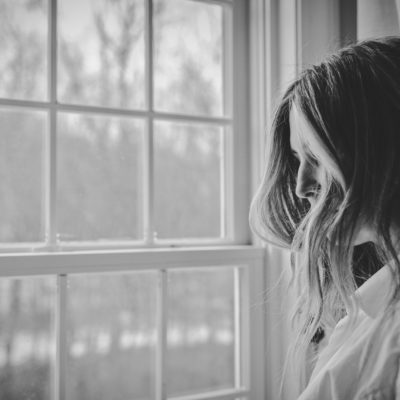